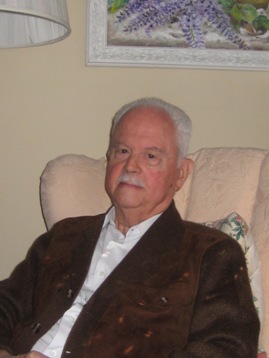 Dr. Andreu Clarós i Domènech, prestigious otolaryngologist, is, in his 95 years old, one of the few witnesses who personally knew Gaudí. Dr. Clarós was born on March 18, 1916 in Panama, where his family ran the distillery's "Rum Clarós". The First World War and its postwar without boats are not enabled them to return to Catalonia until the spring of 1921, when Andrew was five. From and based in Badalona, spent every summer a time in Montserrat, where Andrew made his first communion. To eight years, he studied at the College of Primary Education of Mr. Ramonet. At nine, his mother took him to the Piarist of Sarrià, then the retiree's most important in Catalonia, which paid 1,200 pesetas per quarter. All students, two hundred and fifty, were internal. The inmates were visited households every Sunday. Afterwards, at five in the afternoon, a film session takes place. But when there was appointed rector father Navarro, he restricted movies at a carnival and replaced weekly sessions for the "choice hours." Every Sunday was invited an authority in a particular subject, lecturing. One of the presenters of the course 1925-1926 was Antoni Gaudí, then seventy-three years and dedicated solely to the project of the Sagrada Família. Dr. Clarós recalls: "Gaudí was an unattractive appearance, as poor. Her dress was very simple, but not dirty, and it was hairy. There was not air of bohemian artist, but sad person that inspired pity. He began to wander and at least the little ones did not understand anything and started to sleep. The oldest endured for an hour or an hour and a half a boring lecture. Gaudí didnt have any funny joke, which is that we expected on Sunday afternoons. Luckily, projected four to five slides of the Sagrada Família, which, from its resemblance to the movies, we were thrilled." A few months later, Gaudí was killed by a tram. At school, Piarists talked a lot about it during the following week.