Máximo Díaz de Quijano did fortune in Latin America and returned to his natal Cantabria. He was an intimate friend of the acquaintance novelist Jose Maria de Pereda and took Carlist (traditionalist) ideas as he. Pereda, in his youth, before be praising towards the genre of the novel, wrote several dramatic works, among them three librettos of operetta. These inexperienced works were published in 1869 in a volume titled "Dramatic Essays", of which only 25 copies were edited. It is a question of both comedies "So much you have, so much you are worth" and "Going with the century"; and three operettas "World, love and vanity", "Sticks in dry" and "Lumps and parchments". The music of "Mundo, amor y vanidad" and of "Terrones y pergaminos" it ran at the expense of his friend Máximo Díaz de Quijano. "Mundo, amor y vanidad" is an operetta in an act and in verse. It was released on November 21, 1863 in the Principal Theatre of Santander. The argument places in the court of Philip IV: the king knows the young woman Esperanza in a hunt; interested in she, he finds out that in her life there is two men, her boyfriend Enrique and a count, who later will discover that he is her father. Finally, the king resigns his pretensions and accepts the wedding among Enrique and Esperanza, promising to be the godfather. The manuscript score of this work has appeared recently in the Lyric File of the General Society of Authors of Spain (SGAE). It is not signed, by what it is catalogued like ano 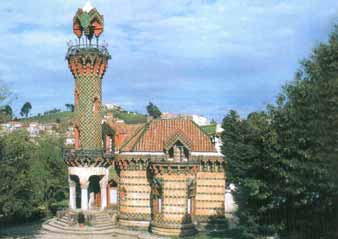 nymous. Three years later, on December 15, 1866, it had the premiere "Terrones y pergaminos". It was the Pereda's only theatrical work on highland customs, with a subject matter very similar to that of his novel "Heraldries and bags". The work ambient is a village of Cantabria; it turns concerning the families of the two protagonists, that of Antón, with a lot of money but without distinction, and that of Luisa, of ancient lineage but without economic resources. Both young have other preferences to those of their parents and finally Luisa marries her cousin Jaime and Antón his fiancée Juana. Pereda uses a highland environment and introduces popular prominent figures and scenes colourists and picturesque, something that would be a constant in his later production novel-writing. The work did not have fortune too much. The situations and descriptions of types and landscapes were turning out to be artful in the scene. Pereda himself would recognize his failure in the theatre in a letter sent in 1898 to the master Saco del Valle, who had requested him a libretto for an operetta: "God did not call me towards the way of the theatre as punishment of my big ambitions to triumph even once in it". Besides, Máximo Díaz Quijano was an author also of some songs for Spanish folk and music-hall singers. His sister Benita married Claudio Lopez y Lopez, brother of Antonio, the first Marques of Comillas. He joined the elite vacationer of Comillas, and this way the "Boletín del Comercio" of Santander of July 16, 1882 mentions it as "el ilustrado y conocido jurisconsulto que está en Comillas". In 1883 he entrusted to Gaudí a house in Comillas: The Caprice. Máximo Díaz de Quijano and Gaudí did not manage to know, since Gaudí never visited Comillas. He could not also enjoy the house that Gaudí had constructed him, since he died on July 7, 1885, the same year that ended The Caprice. (Nevertheless, the sculptor Joan Matamala, son of Llorenç Matamala, writes in his late memories "My itinerary with the architect" that Gaudí told him that he had done an incognito trip to Santiago de Compostela between 1883 and 1885, passing for Burgos and Comillas). Máximo Díaz de Quijano's pantheon is in the magnificent cemetery of Comillas, work of Domènech i Muntaner. The sister of Máximo, Benita, inherited The Caprice; and the year 1904 the son of this one, Santiago Lopez y Díaz de Quijano, who died in Barcelona also on single December 9, 1928. Of Santiago, The Caprice passed to his brothers and to his mother; and from these to Joan Antoni Güell i Lopez, a son of Eusebi Güell i Bacigalupi. The house fell down in the abandon. Since Tate Cabré has outlined, there was in 1975 an attempt of moving to Reus: the Town hall of Gaudí's natal city wanted to buy The Caprice to move it stone to stone to the new park of Saint George. Finally on January 2, 1992 the Japanese company Mido Development Co. Ltd. acquired Gaudí's Caprice and installed a restaurant.